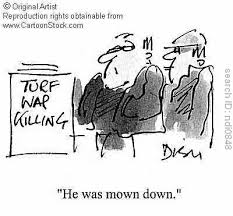 henanigans at Wharetana Bay. Not the most objective piece of journalism I freely admit since I myself was sitting, arms linked, with the protestors rather than observing impartially from the sidelines and taking notes.

The protest, and the public debate that followed are matters of record now and the issue was duly flogged to death in the papers in true island style. Yet the string of comment that followed my article grew to such horrendous length and became so thoroughly disagreeable that I stopped even looking at it. I suppose I could have worked out how to purge most of the torrent of nasty crap that was written but then I felt that it might be better to leave it be as it was;

A. Freedom of speech in action.

B. Demonstrative of a certain mindset that deserves further attention.

By all means go back and read through it but don’t expect to be in any way edified by the experience. In essence, there are those who felt affronted that a wealthy property developer, having managed to cleverly worm his way round the legalities of building a non compliant dwelling and massively pissed off the neighboring property owners into the bargain, should have found himself publicly challenged by some insanitary, rag tag rent-a-crowd of drug addled tree huggers who had somehow managed to drag themselves from their enseamed beds at an ungodly hour of the morning to voice their disapproval. How dare they be so beastly? Why were they even allowed near the place to foul the air with their Marxist bleatings?

This bracing view was then developed upon by the casting of aspersions on the excellent facebook page ‘The Waiheke Island People’s Parliament’. ‘Unrepresentative’, ‘The usual suspects’, ‘Hippies and troublemakers imagining themselves to be the true voice of the island’ etc.
The fact that WIPP has been a huge success and has proved way more entertaining and vibrant than the letters page of the papers is neither here nor there. Nor is the fact that it’s membership numbers in the hundreds, (All of whom, it should be noted, are deeply interested and involved in local politics) apparently relevant. The four or five opponents that dived into the discussion seemed to think none of that mattered.
This is given added vexation by the unwillingness of these folks to actually identify themselves. They seem happy to carp and moan and insult, yet seem to believe that they may freely do so from behind a cover of anonymity. Wow…how courageous. We might do well to heed the excellent advice of the British writer and humourist David Mitchell who recently suggested that anything at all published on the internet without being signed by a real person to be automatically dismissed as mere vulgar graffiti.

But never mind all that. If ‘Grumpy National Voter of Surfdale’ and ‘Rip-Shit-And-Bust,-Wreck-The Joint-For–Profit’ of Ostend don’t feel like being as open as old ‘Sod the neighbours, I’ll do what I like in my garden as it’s my right’ of Rocky Bay did then it is not for us to disparage them for it. I’m not here to fan the flames of such silliness, merely to put some perspective on the matter.

What I’d like to suggest is this; If you don’t find Green Party voting, Herbal remedy imbibing, left leaning, anti corporate, development resisting types to be your cup of tea then maybe Waiheke Island isn’t the right place for you. Because, and I really can’t stress this enough,

THEY WERE HERE BEFORE YOU.

Let me repeat that with an exclamation mark in case the full import didn’t get through.

THEY WERE HERE BEFORE YOU!

Back in the 70’s and 80’s Waiheke was considered a wasteland of alternative types. Bleeding hearts and artists. Hippies and Wobblies. Beneficiaries and Solo Mums. If you were a smart and go ahead sort of person who drove a nice expensive car and wanted to drink in flash city bars then you shunned the place and fair enough. But, while you were living it up in urban splendour, all those hippies made this island in their own image and a bloody good job they made of it too. So don’t (and I mean really DON’T), imagine that the attitude of “Nice island hippies, now piss off, WE want it now.” is going to go down well. You got here too late.

Let me give you an interesting and contrasting idea to ponder. When I first came to New Zealand it was to take a job in Westport on the South Island’s west coast. A strange place I’d have to say. But, despite it’s remoteness and it’s foul climate it was settled by hardy types who made it in their image. ‘Coasters’ are a funny lot. On the one hand cheerful and hard working, on the other parochial, standoffish and downright stupid. They operate on the basis of using whatever resources can be exploited to keep themselves fed and housed and when that resource is gone they sit in the mud moaning for handouts until the next boom happens. It’s nasty, but it’s THEIR TURF and if that’s how they want to live then let them be. Suddenly turning up there in your hippy van with the anti mining stickers holding the windscreen together, setting up home and shaking your dreadlocks in horror at the way the place is run is just downright RUDE. If you don’t like it then piss off. Stake your own claim to somewhere and run it according to your own values but don’t imagine for a moment that trying to change your new home to your own liking is anything but ignorant and stupid.

After all, if you decided to settle in Epsom or Remuera and then started carping about all the horrible lawyers, CEO’s, television presenters and grotesque black ‘Insecurity Mobiles’ about the place then you’d be laughed at. Too late mate! They got here first and they like it that way.

But back to Waiheke. I myself got here in 1997. I loved it. I’m not a left leaning greeny either. And yes, I find some of the attitudes expressed here to be rather dim and foolish. There are those on WIPP whose unthinking opposition to business and development I find childish in the extreme. Yet I don’t abuse people for them. In fact many of the people whose ideas I oppose are fine folk and good friends of mine. I support them publicly for my own greedy self interest. I own property here. It is now worth TWICE what we paid for it. Why? Because it’s value is driven by how amazingly nice the island is. If we all stand by and let badly thought out development take place then my property value will decrease. My plans to spend the rest of my life here will have to be rethought and I’m damned if I am going to let that happen. If I’d wanted a fast, urban lifestyle then I’d have settled in the city. But I didn’t. I came here instead for the charming, rural feel of the place and I want that preserved. As the excellent chap John Hawkesby once asked; “Why does everything have to be like the Gold Coast?”

He made a good point. If a development like the idiotic Matiatia project is mooted then it must be resisted. Likewise the foolish marina idea. These have no long term benefit to the genuine residents. But have you heard a peep out of any of us regarding the Isola Estate development or the Eco-Zip? Of course not. These are fine projects. They bring actual benefit to the island instead of a fat, short term profit for some crowd of talentless developers who have no long term stake in the island we call home.

So, in conclusion, if you agitated pro development types crave the roar of bulldozers, the cosy intimacy of infill housing, huge strip malls full of shops selling stuff you don’t need, wide roads buzzing with Red Bull addled teenagers in low slung cars and the vibrant buzz of unbridled, balls out, free market excess, then Howick is right there for the taking. Go on. All it takes is a ferry ride. You’ll be so much happier.

And so will we.

NOTE: This article was written by ALAN KNIGHT. The one who makes beer. He’d even add a clear picture [see below: ed] to this if he knew how. If you wish to add comment then you are welcome to do so. However, if these comments are not signed with a genuine name then they will be ignored. It’s only fair.